Collaborations Between Chinese and Art 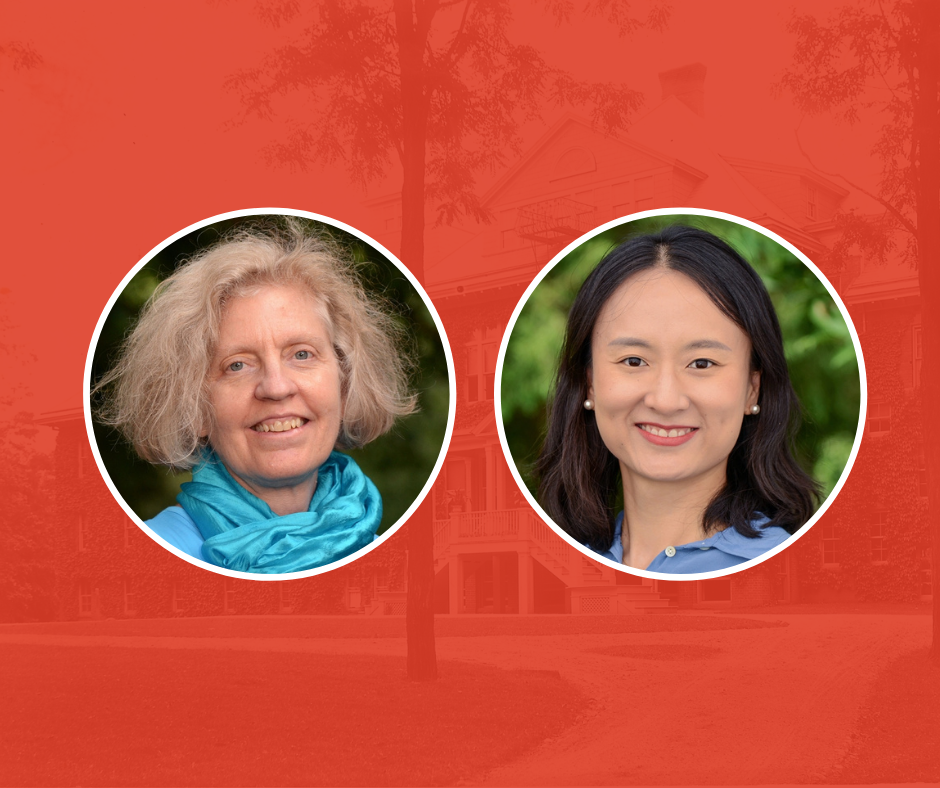 When the FA Chinese parent community asked Qing to help with Lunar New Year decorations, she brought her Upper School Chinese classes (Chinese 2, 3, 4 Honors and AP) to the art studios to paint silk fans supplied by parents. Student response to this activity was positive and, recognizing their potential to work together, Qing and Allison discussed ways in which they might collaborate on activities that could include more in-depth cultural and artistic elements. Hoping to enrich appreciation of the cultural aspects of the Chinese Lunar New Year, the first collaboration focused on ink wash landscape painting, the most representative and recognized style of Chinese painting. At the start of the project, several historical techniques were explained with examples shown, followed by a discussion of the history and significance of their place in the eastern and western art world.

Students were then asked to design and paint their own ink wash landscape and had several samples available to use as references. In celebration of Lunar New Year, each student wrote traditional greetings and wishes on a postcard, and paired it with their painting. These were displayed in the Commons, along with painted fans.

Simultaneously, fifth grade art students began a unit on Chinese landscape painting. They looked at the same references and also learned the history and techniques of this style of painting. Students created their own landscapes with black ink and discovered how to create lighter values by adding water to the ink. As part of the unit, fifth graders also designed a personal name chop using either their initials or Chinese names (if known) and signed their work with these chops. (This information was later used in an Upper School project.)

In order to glimpse into thousands of years of ancient Chinese history, and thus connect with a deep and marvelous range of culture, Chinese classes returned to the art studios, where they began to study the history, development, and different structures of Chinese characters, as well as the methods to create them.

From the earliest forms, such as Oracle Bone and Bronze Inscriptions, to later and more modern scripts like Seal, Semi-cursive, and Regular, these historical and cultural backgrounds helped students understand not only how written Chinese transformed over the centuries, but also the logic and rationale behind each Chinese character. Qing called the basic strokes and structures of these characters “an anatomy of Chinese characters.”

Students began to practice their calligraphy strokes on water-writing sheets, a practice tool that could be reused many times. After becoming proficient at some basic characters, classic writing utensils such as goat hair brushes and fragrant pine ink were provided, along with Chinese rice paper. Students were asked to copy one of the most famous and important poems in Chinese literature, Thoughts in a Quiet Night, by Li Bai from the Tang Dynasty (618-907 AD). Afterward, each student designed a personal name chop either with their Chinese name, or their initials, as the final and classical touch to their calligraphy artwork. 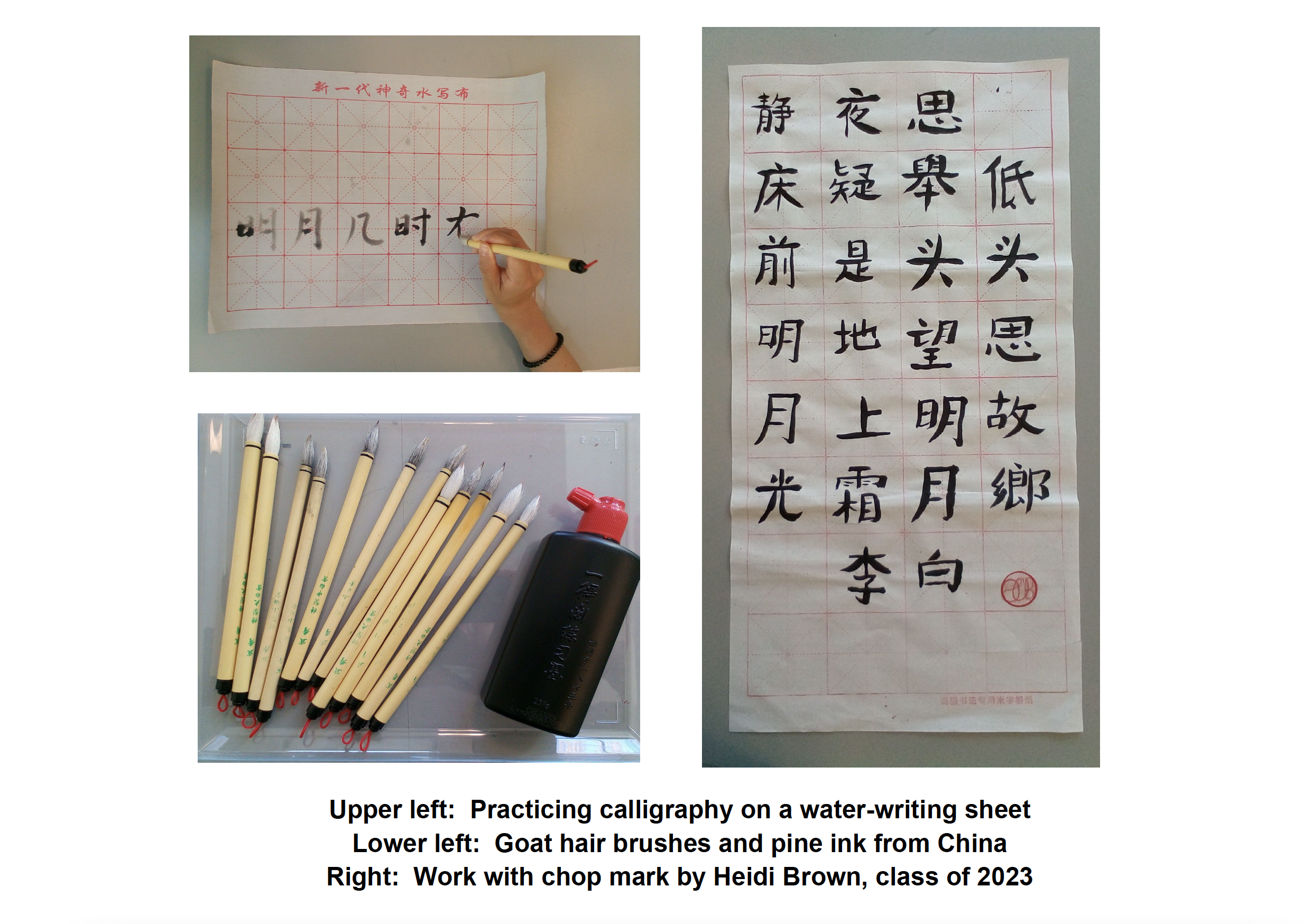 For their last project, students created a ceramic piece imitating an oracle bone. After reading a Song Ci, a form of poetry from the Song Dynasty (960-1276 AD), students translated sentences from modern Chinese characters into Seal Script. Then, individually or in groups, they created an “oracle bone'' in clay and incised the translated poem into it using different tools.

After the “bones” were fired in the kiln, students applied a dark glaze to enhance the surfaces. All the finished “bones” are exhibited in display cases in the theater and the library.

The backstory:
Earlier this year, Allison solicited Qing’s assistance in identifying objects of Chinese origin brought home by her father at the end of WWII. Qing recognized many of these items and, after looking at his photos, even identified some of the locations seen in them. Numerous conversations about Chinese language, culture, and history ensued, encouraging thoughts of potential collaboration and leading to the creative endeavors mentioned. 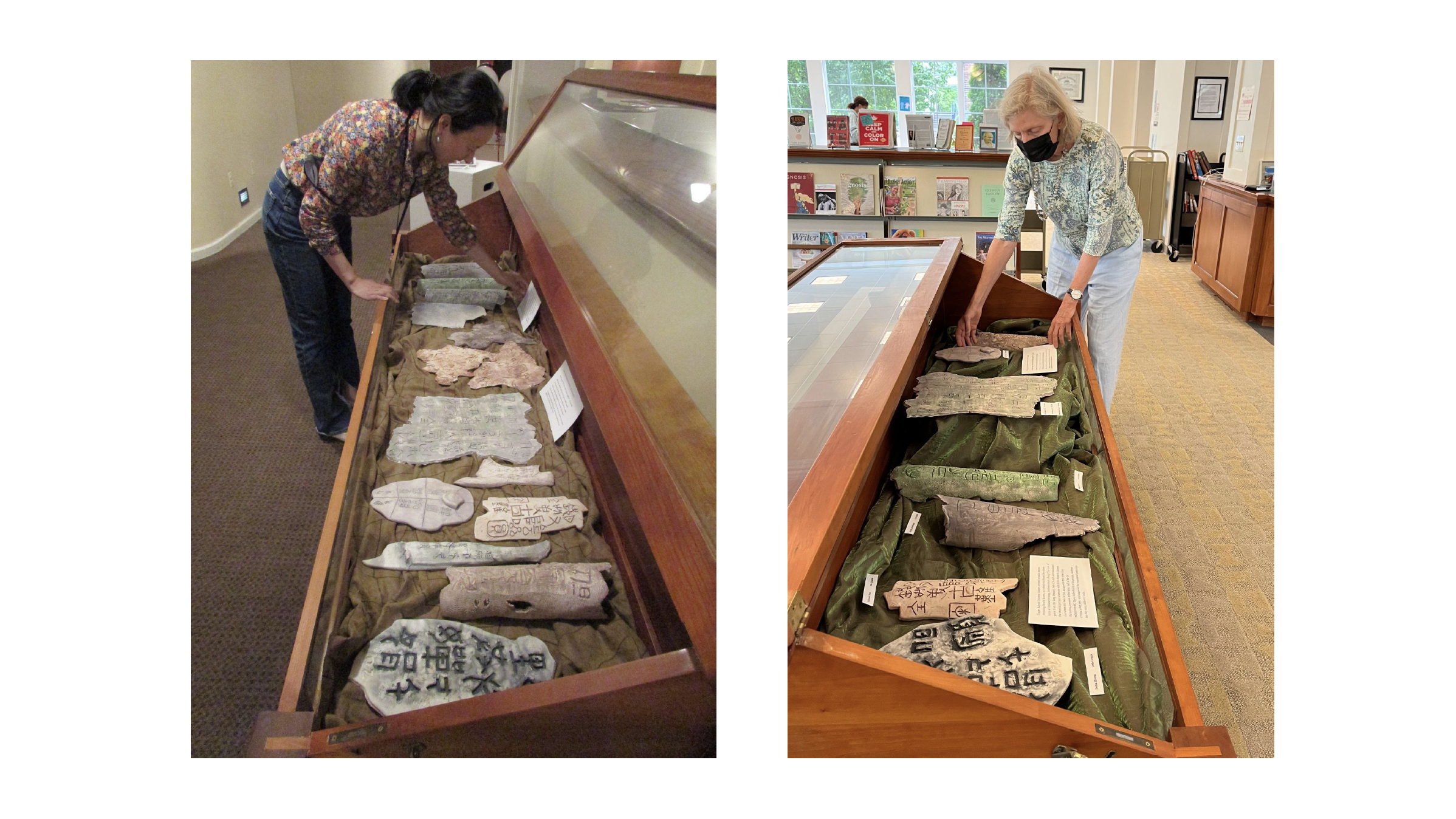 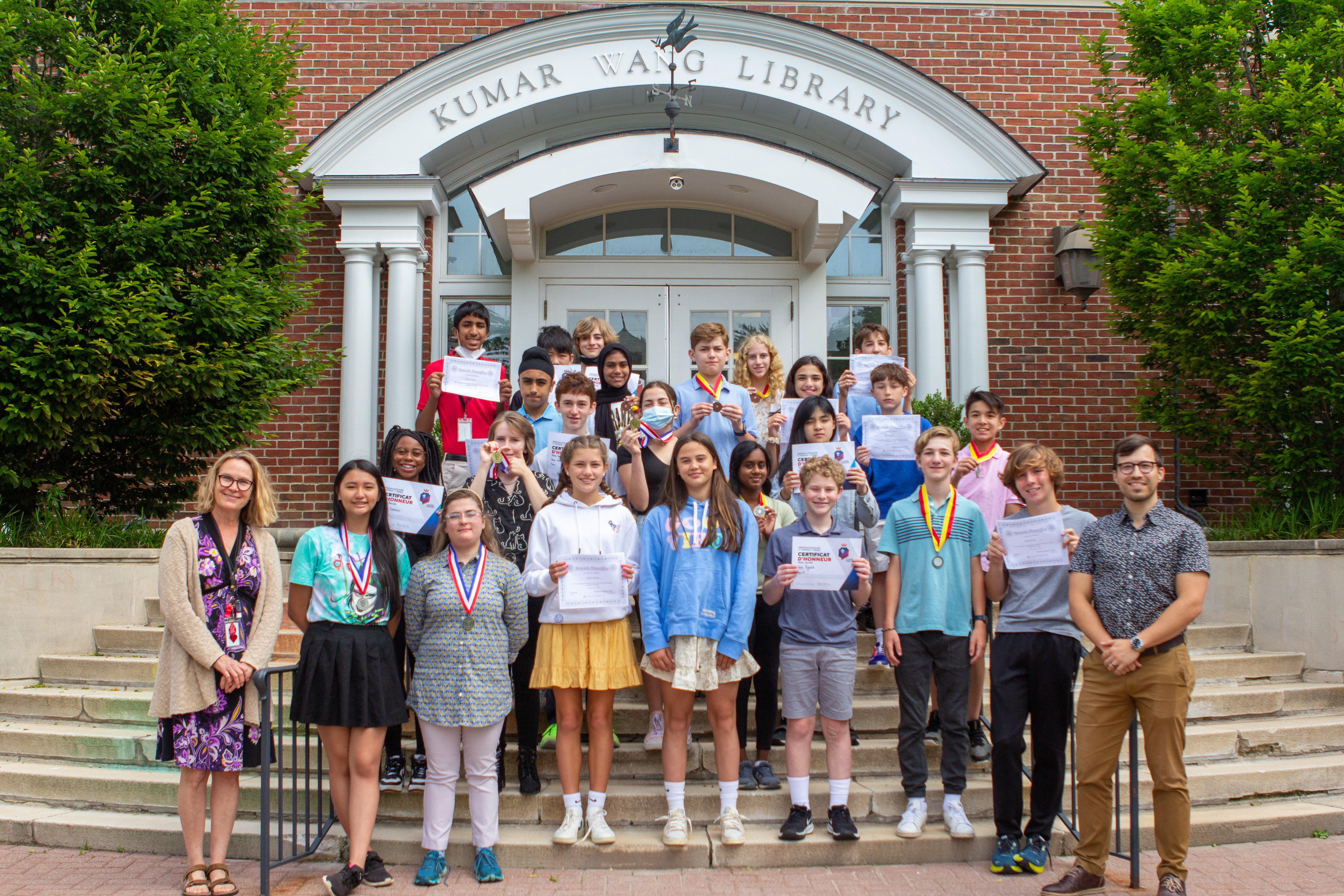 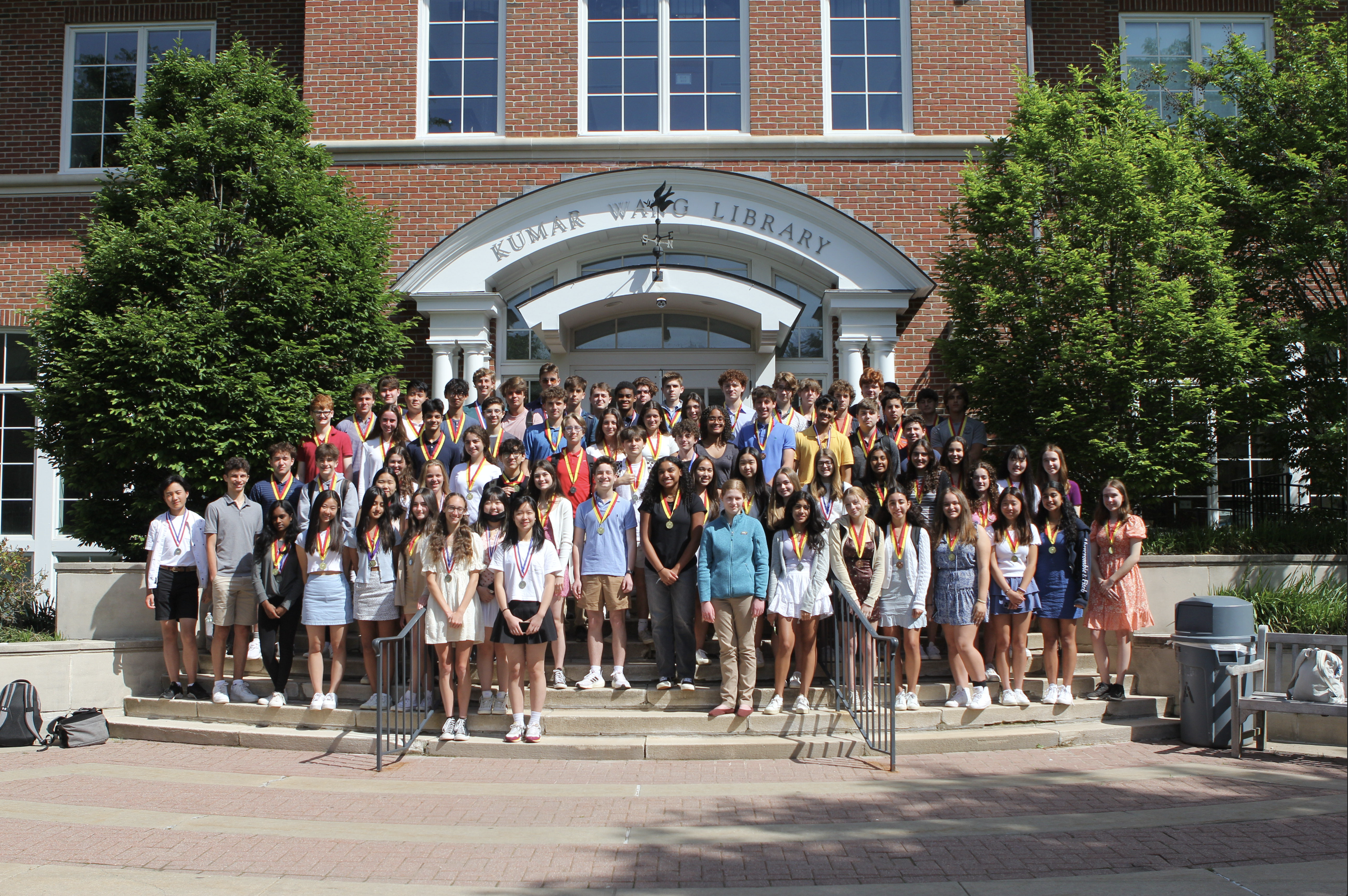 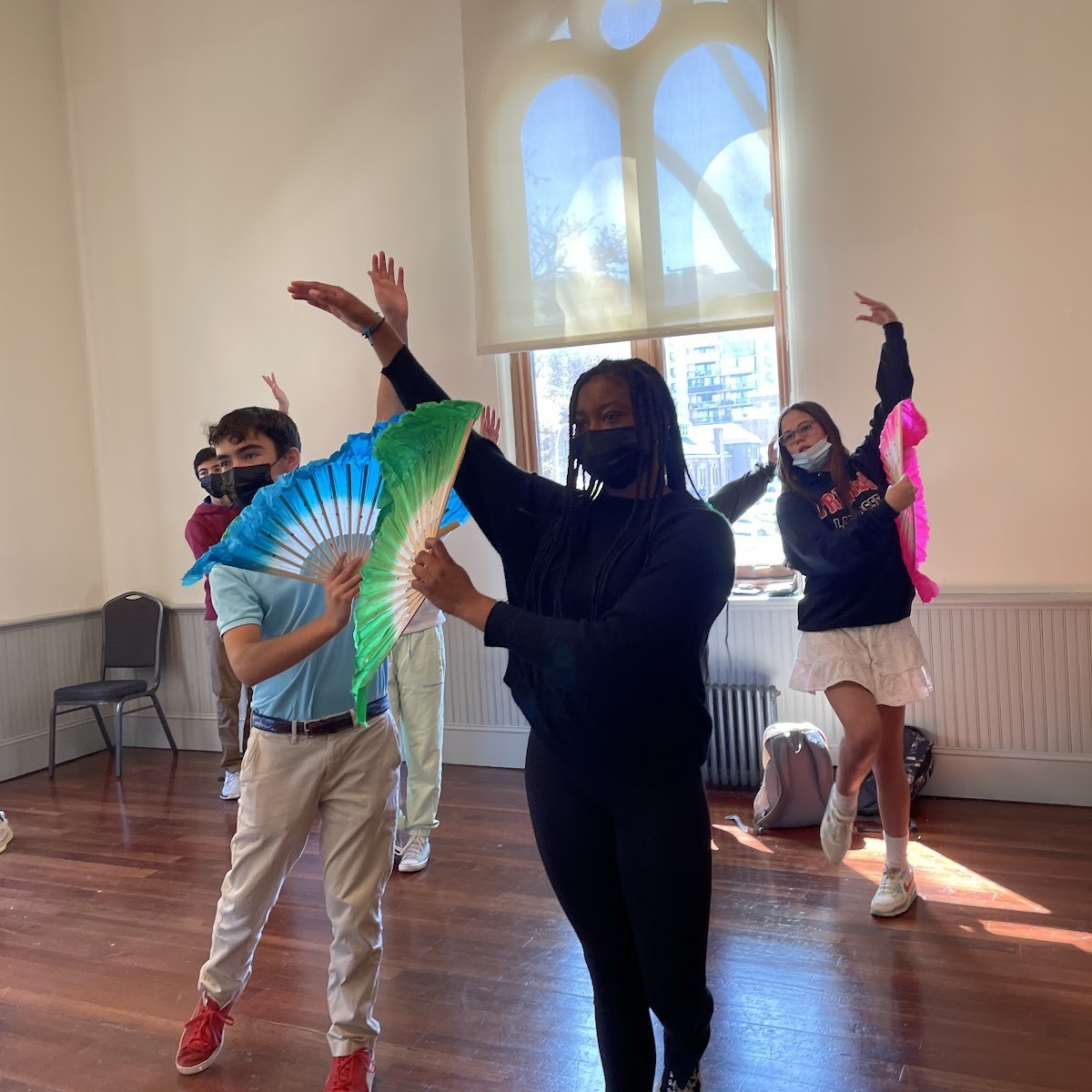